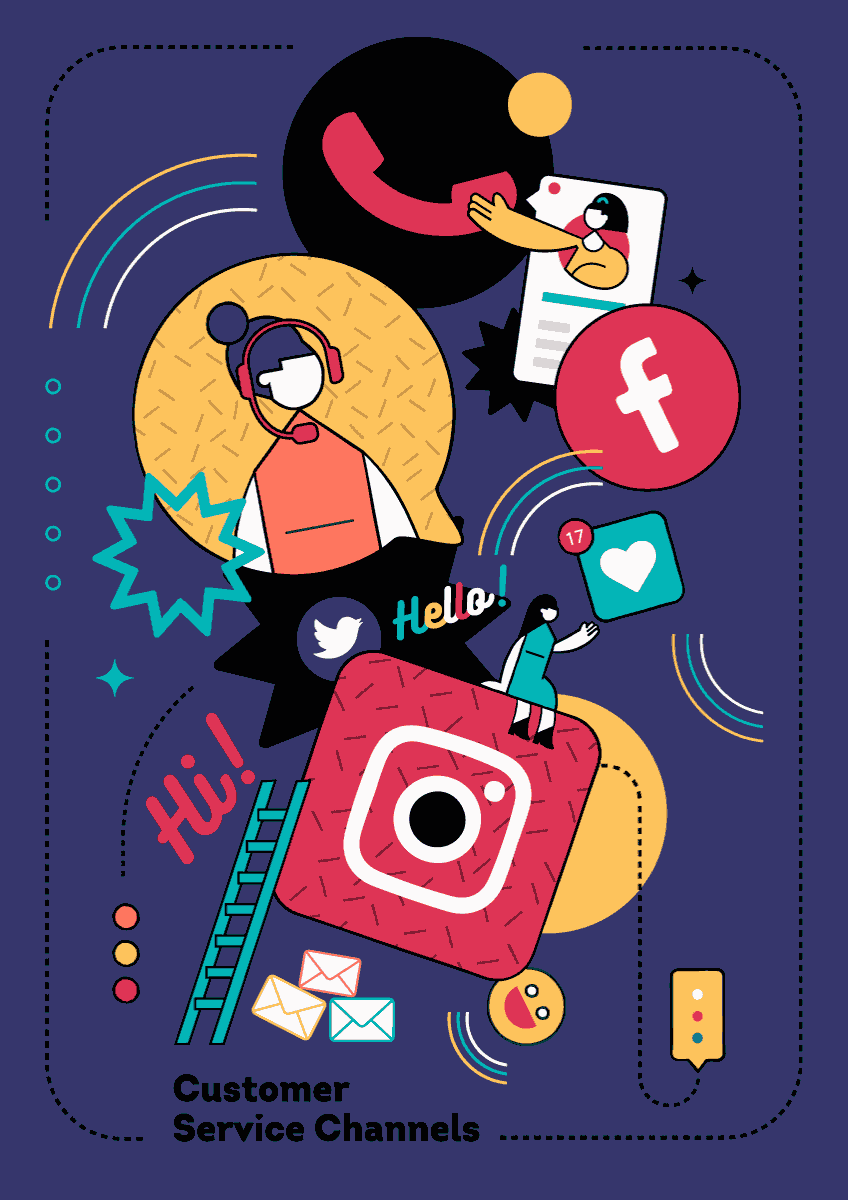 Customer Service actually has a long and extensive history dating back as far as 3000 BC when traders, traveling far distances on boats to make sales, would have traditions and practices that were best used for treating their customer. As customer service has developed from our fledgling beginnings far back in the annals of time, so have the tools that we’ve used to do it. Here are a brief timeline and history of customer service and support and their tooling:

1760—1820: The industrial revolution created the concept of needing to “scale” for growth, and introduces customer service teams to help maintain mass-produced products, rather than hand-crafted goods traditionally supported by the artisan.

1776: Adam Smith published the Wealth of Nations, which introduced and established the basic ideas of competition in the marketplace.

1868: Watkins Liniment became the first company to offer a money-back guarantee, a version of those amazing refunds companies provide customers every day.

1876: Alexander Graham Bell patented the electric telephone. On that day, modern customer service — and the people who need it — got a huge advantage: they were able to avoid long days of travel for product information or to arrange for repairs and simply call on the phone.

1887: Coca-Cola issued the very first discount coupon — paving the way for all of those sweet discount codes and offers SaaS companies and retail products offer today.

1960s: Private Automated Business Exchanges (PABX) began to be used to handle large numbers of calls. These later developed into call centers, like the ones we know now: a large number of operators sitting in a single location handling customer inquiries.

Early 1980s: Interactive Voice Response was invented, allowing companies to make automated phone trees that can navigate a customer to a representative through verbal commands like “yes,” “no,” or “representative.”

1980s: Database software started to be used to store customer information for service agents. It then evolved into Customer Relationship Management (CRM) software, which we still use in customer service and support today.

Help desk software is created. By the year 2000, these had evolved into the “service desk” concept that could help users with the integration of all of their business technology, though the term “help desk” is still applied.

Early 1990s: People started spending more time on the internet, and it was good.

Mid-1990s: As the CRM grew in use, more companies began providing gifts for customer loyalty, such as cash back on credit cards, frequent-flyer miles and discounts for multiple purchases. These were the first loyalty programs.

1998: Jeremie Miller invented Jabber/XMPP, the open-source technology that most early live chat software is built on, and LivePerson, the first chat service was launched.

Mid-2000s: The rise of the online help desk! Zendesk, Freshdesk, Zoho, Desk.com and other help desks launched within this short span of years.

2006: Twitter launched. Then, by 2011, 65 million tweets were being sent each day and companies began to find Twitter to be a good platform to conduct support. It made it easy for them to respond to customers quickly when they had issues (or compliments) and allowed them to have a sense of the person’s “social relevance” based on their number of followers.

2015: Facebook launched Messenger for Business, and set the pace for companies using messaging technology to contact customers on their mobile devices.

2016 and beyond: Since 2016, we’ve seen a rise in the growth of things like AI, automation, sentiment analysis, and mobile chat. We’ve also seen a shift from multi-channel support to omnichannel support. Meaning, instead of just having one or two channels (like email and phone) companies have shifted to their customers being able to move fluidly between channels. For example, someone can be chatting on their mobile device, and then reach out on their computer and the customer support agent will be able to see context from all prior conversations.


The benefit of these new allowances in flexibility, both from multichannel and omnichannel, is that it makes interactions with your team easier for your user, and also allows your team to have context around the conversation with the customer that they might not have had otherwise. So, rather than asking for information over again, for example, the customer support agent can see it right then and there.

Making up multichannel and omnichannel support are all of the individual channels that we will be discussing in this user guide: live chat, email, phone, and social media. Each has their individual benefits and strengths, as well as places where they might not be the best fit. We’ll go through it section by section so that you can pick what fits best for your company’s needs.

Next Chapter →
2.
How to choose
the right channel
for your business